I want to begin with something more positive: globally, Christianity is growing, especially in Asia, Africa and South America. In the last 15 years alone, it is estimated the African Church has grown by 51%!

While we need to be careful with these statistics (they can be difficult to verify), we can find them encouraging! But they also force the question: why is Church growth mostly outside “the West”?

In general, if you live in a “Western” country, you have some experience of daily routine, economic stability, and social independence. With all of this, why would you need God?

Compare this to places in Africa, Asia or South America (again, in general!) and people are less likely to experience these things. Life can be more difficult and uncertain, and I would suggest it is in this context that the Gospel message can flourish: a Gospel message that says there is a safe and dependable God, who loves you and protects you, and offers you a place in His Kingdom through Jesus Christ. This message is a powerful one to those for whom this life is a struggle.

It was this latter kind of context in which the Church of Smyrna operated. 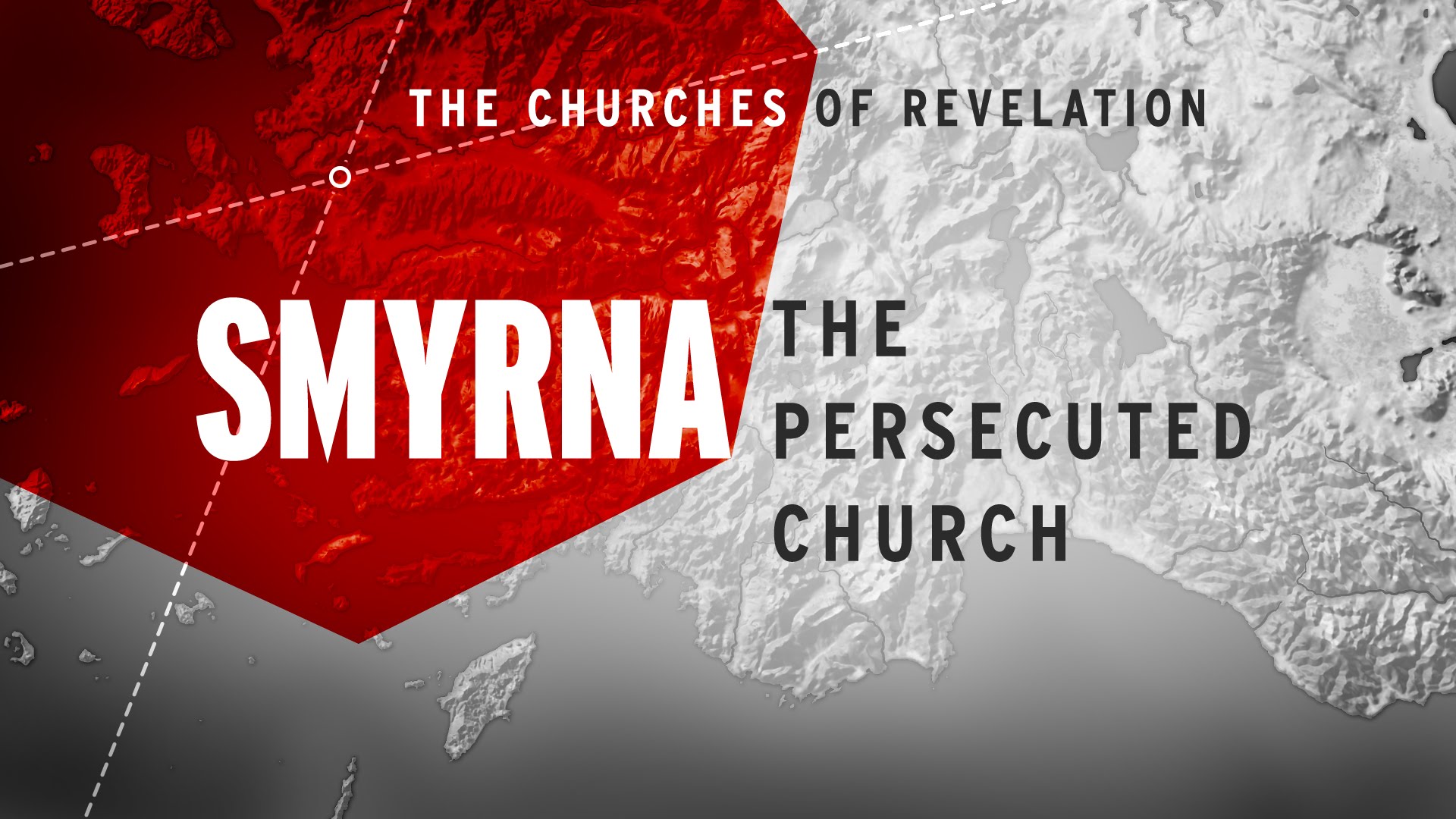 The city of Smyrna shared some things in common with Ephesus:

The major difference between Smyrna and Ephesus was that the Christians in Smyrna were being given a much harder time for their faith.

As such, Jesus comes to this church as “the First and the Last”, and “the one who was dead and came to life again” (an appropriate image for a city which had been destroyed, and rebuilt). These two descriptions say something of Jesus’ authority: He existed before all things and will endure beyond all things, and He has power over death. These aspects of who Jesus are, as we shall see, hugely important to this church.

This is only one t 2 letters where Jesus has nothing bad to say of the church. Instead, we read He knows the afflictions faced by this church, of which there are 2.

First, poverty. Despite being in an economic centre, the church in Smyrna was poverty-stricken. Leon Morris explains why:

Many think that the Smyrneans’ poverty was in part due to pillage of their goods by the Jews. Christianity was not legally permitted, which made it easy for Jews or pagans to take action against believers (Morris, TNTC Revelation, p.68)

Of course, Jesus also says this church are rich: as we see in the next verse, their riches come from their faith. What seems clear here is that there is tension between the Jews and Christians, which leads to the second problem: slander.

Jesus describes those who are slandering the Smyrnean Christians as a “synagogue of Satan”, and “not true Jews”. This is quite the accusation, and requires some explanation!

Bear in mind that “satan” simply means “accuser” (although, we use it as a terms to describe the devil). What I take from this is that Jesus is pointing out that the Jews are unfairly accusing the Smyrnean Christians.

The irony is, of course, that to be a “true Jew” (i.e. a follower of God) after Jesus’ death and resurrection means believing in Him! The “true Jews” in the context of this letter is the church in Smyrna!

Jesus follows this with a warning that this church will face persecution and imprisonment for 10 days. It is unlikely this is a literal 10 days: instead, I take this to mean their suffering has a limited time – it is not an eternal suffering and has a definite end.

Some will, unfortunately, die for their faith during this time of suffering. But it is here we see the richness of the Smyrnean church; because those who suffer and die for their faith will be granted a crown of victory! This is one of the reasons so many find hope in Christianity: even when there is no hope for you in this world, there is a definite and secure hope, a crown of victory, for you in the next!

Finally, Jesus reveals that those who are victorious will be unharmed by the second death. We are told what this is later in Revelation:

We more commonly refer to this “second death” as Hell. I take no pleasure in talking about this (nor should I!), but we need to appreciate there is such a thing as a second death.

Humanity chose to reject God and His ways, and as such, we must bear the consequences of that choice. God, wanting to free us from these consequences, sent Jesus: He takes our punishment upon Himself, freeing us and enabling us to come back to God. That’s why Jesus is saying, “If you believe in me, I can give you certainty that you will not be harmed by the second death!” – because He has taken the punishment for us!

If you do not admit our need of Jesus: the only person who can deal with the consequences of your rejection of God is YOU! And the consequence of rejecting God is separation from Him: the second death.

If nothing else, this letter gives the Church a sincere motive for sharing our faith: we do not want anyone to be harmed by the second death. Our desire should be that all people coming to saving faith in Christ, and our whole work as a church should be geared to getting the Gospel out there!!

I am currently the Minister of Clincarthill Parish Church of Scotland in Glasgow. I have a B.A. (hons) degree in Theology, specialising in Pastoral and Preaching Ministry, from the International Christian College, and an M.Th in Ministry from the University of Edinburgh. View all posts by Stuart Love

This site uses Akismet to reduce spam. Learn how your comment data is processed.